A downloadable game with a free demo

The roar of the crowd, the clash of blades on shields, the pumping scream of bardrock over the magispeakers.  Your team is at your back with death and glory waiting before you. Let's Crawl.

The rules, stats, and information you need to play this game are hosted on Notion. The downloads off of the itch are printable sheets. There is no pdf at this time.

NOTE: The Swabby Tadpole release is a demo release of RADCrawl's new rules. It is designed to be a simpler skirmish fight between two teams of four characters. RADCrawl is going to be an ever expanding game with more characters, maps, abilities, and playmodes added constantly. This is a little smaller than my intention for the first Season of the game, but I got impatient and wanted it in people's hands. Please be sure to check out the Supporting Development page before paying for it to make sure you want to go beyond the free version!

RADCrawl is a skirmish tabletop roleplaying toybox where professional Crawlers take on various battle challenges. This game is meant to evoke the roster of characters from a game like Super Smash Bros, with a skirmish system familiar to Dungeons & Dragons players, and the childlike sensation of bashing action figures together. The focus is all on the fighting in this one with every bit of mechanics aimed to give tactical brawling fun.

Season Structure: RADCrawl will always have a free version that includes all of the rules for all playmodes that exist. I want people to feel welcomed to come play with the ideas that are being built here! The free version will be based on the Seasons model of popular videogames (although way less capitalistically horrific) with rolling themed battles that effect the world of RADCrawl at large. The Paid version will include all past seasons, additional characters and abilities, skins, and anything else I can think of.

For now, the Free Version and the Paid Version are identical!

Community Copies: Community Copies are provided due to the support of backers on Patreon. For each Patron, I release a free copy of all of my non-contract releases. Additionally, I will release more copies as times go by, for social media goals, and a copy for each purchase made above the purchase price. 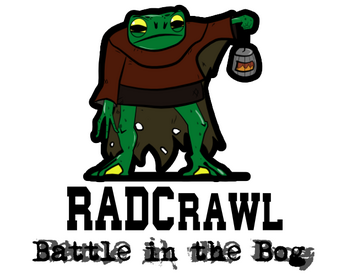 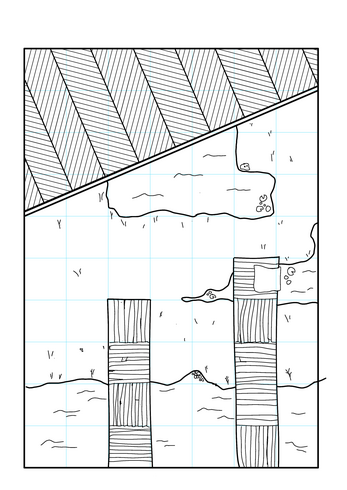